Choosing to Care for that which Belongs to God

Posted on September 12, 2022 by Jeff Herringshaw 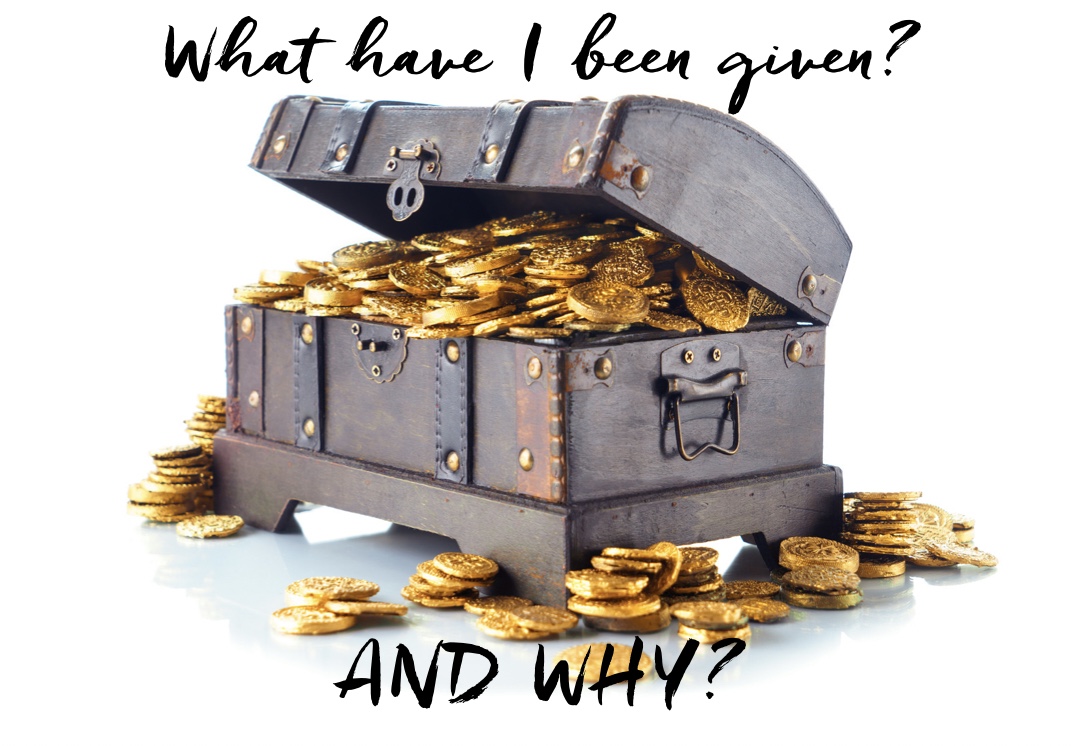 A few years back, some friends asked if I would keep their car while they spent a few months working in Asia. I could use it as a second vehicle as long as I took care of it. It ended up being a great deal for us as a family who had only one vehicle. It was more sporty than our minivan, a stick-shift, and a lot of fun to drive. Ironically, I was accused of giving it more tender-loving-care than our own vehicle – checking the oil at each fill-up, regular car washes, vacuuming the inside. Why? Though I enjoyed it for the season as if it was my own, I knew it was not really mine. I wanted my friends to continue to trust me and think of me whenever they had something else of importance that needed watching.

The old-fashioned word for such a role is “steward.” The term “stewardship” refers to the management of someone else’s property. It’s a word you’re likely to hear these days mainly in church services when the pastor is speaking on giving. And for the longest time, that is what I thought the word meant: giving money to the church to keep it going. I’ll save my thoughts on that for another post.

But as the years have passed, my role as a steward has taken on greater meaning. Giving thanks has become an important discipline in my life (read post on Thanksgiving). After all, there really is nothing I possess that I have acquired purely on my own. The problem, of course, is that I easily behave as if what I have is solely mine to do with as I wish. Money, titles, relationships, and time are all gifts from my Creator. Yet how I use them is still often directed by my desires and fears, not the love and wisdom of the One who gave them. Typically this produces a short-term mindset, seeking immediate gratification, rather than understanding long-term purpose. But what might be the benefits if I truly believed and lived as if everything in my possession ultimately belongs to another – to the One who gives generously but always with a purpose?

What if I’m left with nothing?

Of course, viewing what I have as not my own can stir up anxiety and laziness. If I do not believe there is any personal benefit in caring for another’s things, I tend not to want to put effort into the stewardship responsibilities. We are all discipled by our culture to take care of ourselves first. If I perceive the one for whom I am stewarding property as not trustworthy or as a type of tyrant, seeking to squeeze as much out of me as possible and then toss me aside, there is no motivation to care. Fear that I will be left with nothing for myself seeps in. And a motivated steward does not develop.

One of the stories Jesus told comes to mind. It’s called the Parable of the Talents (Matthew 25:14-30). But it might more accurately be called the Parable of the Three Stewards. It has a sense of tragedy woven into it because of the third character who could not embrace what it meant to care for someone else’s wealth. Because it was not his, and he saw no personal benefit, he buried it in the ground. At the end of the story, we learn that the third steward simply did not know his master very well. He assumed that the owner of the property intended to simply use and abuse him. And so the man chose to do nothing with the treasure with which he had been entrusted. He then watched as the other two stewards were rewarded for their faithfulness while he was condemned for his faithlessness.

I don’t have to be afraid

Our ongoing issue is that we do not truly see ourselves through our Heavenly Father’s eyes. In His love, He has a greater purpose in mind for all that He gives. How would we live differently if we could understand that it is all to be cared for and developed and then given back to Him ultimately because that’s how we become who we were meant to be, and it is part of the intimate connection He desire with each one of His children? As followers of Jesus, we are called to be stewards rather than hoarders of the gifts and opportunities God gives us.

I can think of three mindsets that are needed to live my life how He intends me to live:

Ultimately, all followers of Jesus carry a duel role. Our identities are first and foremost rooted in our roles as our Heavenly Father’s children. And there is so much to be explored in what that means for us. But secondly, we are caretakers of our Father’s treasures here on earth. The things He gives us are technically not our own, but in the end He has promised to share the fruits of His kingdom and His glory with us as family members, sons and daughters.

The treasures we are to steward must be identified so we can then seek wisdom from Him on how to best care for and invest them.

Our relationships are not for our own short-sighted consumption. We need His love to do them rightly.

Our time is to be used to expand our Heavenly Father’s influence in the places we are planted. But we need His wisdom for how to invest every minute into that which is rooted in eternity.

Our material resources are given to us to nourish those things that will live forever. But we need His vision to see what has eternal value.

Our personality traits, our social capital, our skills and giftings (and the list could go on), when viewed properly, are all His. Do we treat them as such and seek from Him what is needed to properly steward them?

Just like my friends’ car that I was allowed to keep for a season, there can be short-term benefits to that which God entrusts to us. But never forget WHO it all actually belongs to. The tiniest act of faithful stewarding will not go unnoticed nor unrewarded. I was rewarded by my friends with their trust and ongoing confidence in our relationship. And the greatest reward for all of us will be to hear in Our Heavenly Father’s voice the pleasure He takes in us when He says, “Well done, good and faithful servant.”

That is what I am living and stewarding for today.

← Choosing to Offer an Invitation
Choosing a Different Perspective →