Choosing to Admit I Can’t See

Posted on February 17, 2020 by Jeff Herringshaw 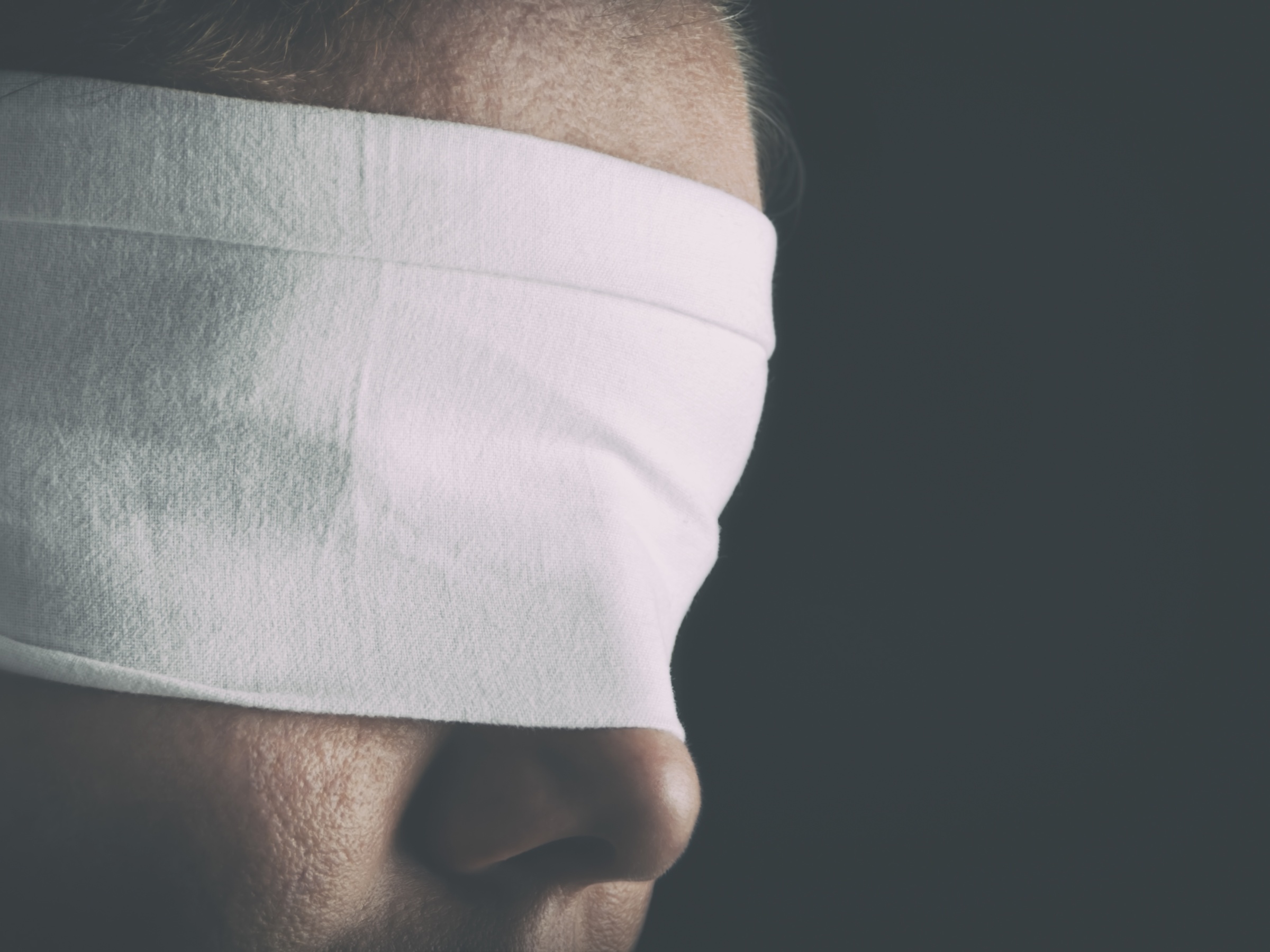 I have worked with some people over the years with serious pride issues. Surely you know the type I’m talking about. They see and hear only what they want and leave room for little to no outside input into their work, their projects, their relationships or their lives. They’re blind to everything outside themselves.

I remember one of my very first jobs working as a government employee. My immediate manager was tasked with training me to take over her job before she retired—that was the position I had applied for and what I was hired to do. The problem was, however, that she personally felt (I found out later) that I was being given this position at too young of an age. Afterall, she had had to work her way up over the years through the ranks having started as a janitor. I was a punk kid fresh out of college. So she stalled. I was given meaningless tasks for months but never trained to do any of her job. Many a night I fumed at home over this woman’s arrogance that she thought her personal assessment of me and the situation trumped what I had been hired to do. She was blind to my needs, my abilities, my ambitions and not least of all, our supervisor’s instructions. And I was being abused in the process. But of course, she thought she knew better. So I quit.

After recalling this little piece of my history, I’m reminded (uncomfortably so) that people who are walking in pride typically are very sensitive to and angered by the pride they see in others. They rarely, however, see it in themselves. That doesn’t reflect well on me.

Pride has traditionally been recognized to sit enthroned at the top of the Seven Deadly Sins.* Just as countless other sins have been understood to flow from the Seven (pride, lust, sloth, gluttony, greed, envy and anger), the other six have been recognized to flow from pride. It’s the headwaters, the source. Every sin humans commit is tainted with pride. It’s even been called the “original” sin. But of course, most of us, including myself, don’t see pride as our issue. It’s those other people that need to learn some humility. Right?

I find it difficult to nail pride with a specific definition. It can take many forms—in-your-face obnoxious and infuriating at one point and subtilely attractive and enticing at anther. It’s commonly understood as arrogance, but Biblically, I believe, that is too small of a box to squeeze it into. Romans 12:3 says, “For by the grace given me I say to every one of you: Do not think of yourself more highly than you ought, but rather think of yourself with sober judgment, in accordance with the faith God has distributed to each of you.”

It’s fairly easy to see that the Apostle Paul is referring to pride here. For people to think more highly of themselves than they ought smacks of that arrogance we despise in others. But notice that this verse is referring to how we view and think about ourselves. Thus I see pride as an issue of how I understand that person I look at in the mirror each day. Ultimately it’s a wrong or distorted view I have of myself. And the fruit of it is all that stuff I hate in others and usually fail to see in myself.

What does that mean?

This tells me that there is a right way to view myself and through the lens of pride is not it. Pride either twists my self-image into something higher than it ought to be, or in many cases it disfigures it into something lower than it was meant to be. Learning to see myself as I ought is the pathway for putting this sin in its place. What is that right way? To see myself, of course, as God sees me.

From the very beginning humans were instilled with something that no other creature or thing on earth possesses: God’s image. Genesis 1:27 says, “So God created human beings in his own image. In the image of God he created them; male and female he created them.” When God looks at me, He sees something of Himself. This is a very important starting point. I am not garbage. There is something inherently valuable in me, put there by my Creator. Can I see it?

But Genesis 3 goes on to describe how the original humans cut themselves off from the One who gave them their sense of being and identity. They chose to do things their own way instead. Romans 3:23 describes the consequences, “For everyone has sinned; we all fall short of God’s glorious standard.” God now sees my separation from Him and understands my dysfunction and brokenness in light of how far I have fallen from His original intention for me. Do I comprehend what God sees—the consequences of the great and tragic disconnect that has taken place between us? I’m lost and clueless but don’t want to acknowledge it.

Fortunately, there is more insight into how God sees us. Though our sin and alienation from Him have made things very messy, He made a very significant counter move in light of our priceless value. “But God showed his great love for us by sending Christ to die for us while we were still sinners” Romans 5:8 NLT. He still sees His image in us to such a level that He was motivated to perform an unthinkable sacrificial act. This has opened the way for us to discover our original value and purpose. He loves us that much.

All this provides an outline for the right way to view ourselves and a basis for dealing with pride. We are incredibly valuable beings who are lost and broken, having cut ourselves off from our life source. But a way has been made for us to be found, restored and reconnected if we will only surrender our old way of viewing ourselves.

How does it work?

Seeing ourselves as independent contractors who are making our own way in the world is the basis of pride. Humility on the other hand—that is, seeing ourselves the way God sees us and acting accordingly—allows us to identify the wrong ways of thinking that naturally come with pride. Humility frees us to live differently.

It’s time to see pride for what it is. A sin that can blind and corrupt even the most spiritual person. The only thing we can do is ask God to open our eyes to truly see ourselves they way He does.

*Also known as “cardinal sins” or “capital vices,” they include pride, greed, envy, anger, sloth, gluttony and lust. They are often thought to be abuses or excessive versions of one’s natural passions. For example, the sin of pride as personal awareness of my own needs, desires, abilities and ambitions (which is natural) but now turned into a blindness to all else outside my own perceptions of what is good for me. I cannot see who God meant me to be in any given situation and so I make choices with myself as the final word.

← Choosing to Separate Lust from My Identity
Choosing to REALLY Change →

3 Comments on “Choosing to Admit I Can’t See”