Choosing Redemption for My Imagination 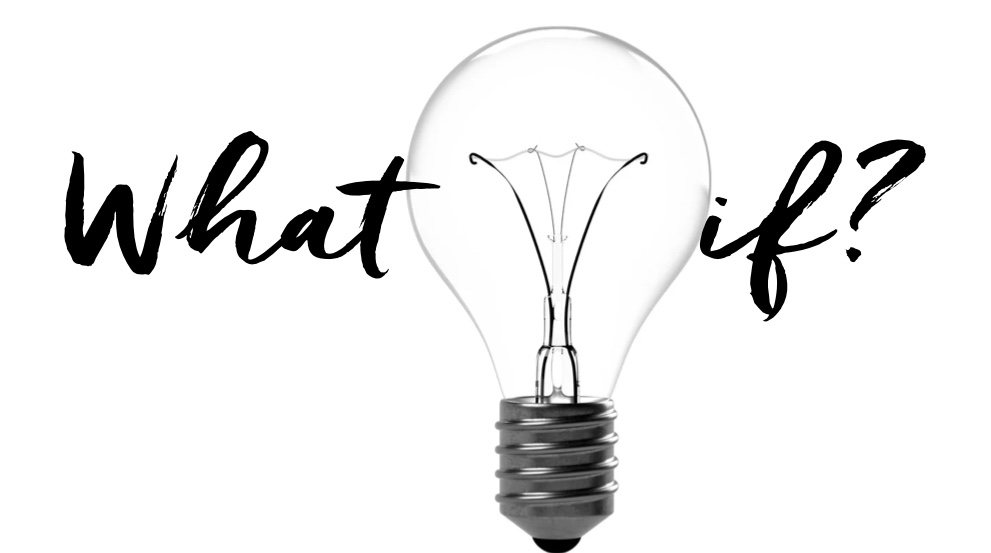 It was a cold night in late October when I saw Saint Basil’s Cathedral in Moscow, Russia with my own eyes. I was carrying my one-year-old son, and my wife had the hands of our other two small children as we hurried across Red Square. We had only one evening in Moscow before heading home, and we wanted to see the changing of the guard at Vladimir Lenin’s tomb. The sun had already set, and we were late for the beginning of the formal procedure. But once we got there, it was the cathedral off to the left that drew my attention. I was struck with a sense of awe. I had seen photos all my life. Yet it was when I stood there next to it with the multiple spotlights illuminating the bright colors that I was overcome with the wonder and beauty of this 16th century piece of architecture. I remember thinking, “This was at one time just an idea in somebody’s head. And now, here it is, a physical reality!”

From what I have read, the first Czar, Ivan the Terrible, commissioned it to be built. But the architect remains unknown. One story says that Ivan, in his determination to make sure the cathedral remained forever unique, had the nameless designer blinded so he would be unable to duplicate his masterpiece. Yes, there are reasons Czar Ivan carried the unpleasant name that he did.

Seeing What Does Not Yet Exist

Remembering Saint Basil’s Cathedral gets me pondering the wonder of the human imagination. What did God have in mind when He gave people the capacity to create? The act of generating something new involves bringing into being that which was previously an intangible idea. Ultimately, everything that has been made or shaped by human hands at one time was merely a notion in someone’s thoughts or dreams.

Stuff that did not exist became “realities” through the process of imagining “What if?” There was a time when things like gunpowder, the compass, the airplane, the space shuttle, and even the internet were not. But the movie screen of the human imagination pictured them, or at least the need or desire for something like them. And from there, individuals simply started acting on what they “saw,” and new things, wonderful things, came into existence.

Creativity is so cool!

But there’s another aspect to it. The “What if?” question that is so closely linked to the imagination can have a less desirable application as well. When the movie screen of my mind is allowed to project potential scenarios based on fear, anxiety, pain, selfishness, or just plain evil, things more ominous can come into being. Similar to positive creation, all it takes is for me to begin to act on the darker images flashed onto the walls of my mind, and grim realities that weren’t there before begin to take shape.

Scripture conveys the idea that there are some uniquely sinister activities that are given life through the human imagination. The prophet Jeremiah quotes God as saying that it never entered His mind that the Israelites would sacrifice their own children to the idol Molech (Jeremiah 19:5; 32:35). This leaves me with the strong impression that our sinful acts are produced by acting on images or scenarios that we think up. God never intended for us to create dark things in our minds, disconnected from Him as our life giver. Our imaginations appear to have a creative capacity for both good and evil.

So, what might God’s purpose for the imagination be? Beyond coming up with cool new inventions or beautiful cathedrals, it seems it’s the perfect place in humans for faith to be activated. What if our imaginations were originally meant to be the part of us dynamically connected with the imagination of our Creator? Humans were made in His image and likeness afterall (Genesis 1:26-27). God intended for us to have a certain creative capacity that reflects Him as our Father. But it was intended to be used in relationship with Him. The human imagination, when cut off from God, can produce activities and systems that never even entered God’s mind. But when submitted to Him and His ways, the imagination can be a tool that channels other-worldly goodness into our lives. It can stir in us an awareness of the way things are supposed to be.

“Now faith is the assurance of things hoped for, the conviction of things not seen” (Hebrews 11:1 ESV).

Faith is that spiritual quality which allows us “to see” things, that are not yet, that align with God’s heart. We then have the choice to act on our faith and trust God to bring into being that which is playing on the “movie screen” of our minds, be it provision for my needs, healing, restoration of broken relationships, peace in a war-torn country, or salvation for my own soul. God does it. But we first see it as a possibility in our imaginations to which we have given Him access. From it, many prayers are born. The question always is, are we letting the right stuff play on the screen?

If our imaginations are not used in faith to see what God wants to do here on the earth, they will be used to bring about other things, not so good. The result becomes a pathway toward death. Our imaginations were meant to be a life-giving connection with our Heavenly Father, an access point for bringing heaven to earth. We have to choose which they will be used for.

I realized a few years ago that my imagination needs to be redeemed just like the rest of my being (body and soul). Left to myself, the movie screen of my mind is darkened. It becomes a vacuum that sucks in all kinds of self-serving images that are then acted out in pride, lust, fear, and anxiety, to mention a few. What I envision becomes the fuel for my actions and choices. My imagination must be saved from alienation from God! And so, I have begun to regularly submit the big screen of my mind and all its “what if’s” to Jesus, my Savior and Redeemer. He is the one who can use it to inspire works of goodness, grace, and faith.

Ultimately, by making Jesus Lord of my imagination, I can reject fearful and self-defeating images from dominating my thoughts. I can imagine new levels of beauty, hope, and what the world could look like when all is as it was meant to be. The goodness of God can be released to color all that I choose to let my mind dwell on. And faith then has a chance to take root, grow, and allow me to act on what God wants to do in this world.

I may not create any awe-inspiring cathedrals that people line up to visit, but I believe I can be a part of bringing the beauty of His heavenly kingdom a little closer to earth by first choosing to see it in my mind. And it will happen as I grow to imagine what’s on His heart.

What’s playing on your screen?